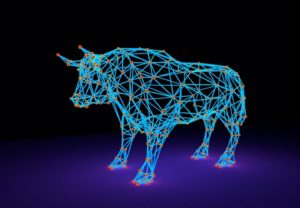 For the past 20 years we have been riding a bull and its name is Technology. I acknowledge we have been on this bull longer, but as the new millennium approached it felt as if the stall gate burst open, the lack of restraint launching us on an unsettled ride with thrills and risks we would struggle to anticipate or even understand. Looking back, the eve of what had become known as Y2K foreshadowed the uncertainty that lay ahead. The concern of the day: Computers would crash, and critical infrastructure fail because their operating systems were not designed to support a date that began with a 2, as in 2000 – they didn’t.

With the Y2K scare in the rearview mirror, we rolled into the first decade of the new millennium with excitement and opportunity in the air. Technical innovation was accelerating at warp-speed and the promise of its potential represented a bright and previously unimagined future.

In 2004 the Apple® iPhone put a world of possibilities in our hand, and that same year, Facebook did the same for our social reach. Many technical pioneers would soon follow suit and their combined efforts would forever change the way we live, work and play. It was not simply the world that was connected and empowered, it was the individual. Technologist and corporate marketers evangelized that a technically enhanced society would make life easier, less complicated and relieve some of the burden of daily life – It didn’t.

By the time 2010 arrived, our enthusiasm was beginning to wane. Many were frazzled and frustrated, if not exhausted, by the pace of change, and what would become the buzzword of the coming decade, disruption. The years that followed would confirm what we had begun to suspect; Technology is not a panacea. It is no more than a tool offering only possibilities and that it is human intent that bends its potential to form and purpose. We had hoped technology would relieve us of personal responsibility – it didn’t.

As we enter the third decade of the second millennium a technology paradox has moved into focus: Technology does not reduce individual responsibility, it amplifies it. This is because our digital tools allow us to do more with less. More precisely, they often allow us to access capabilities that exceed our skill and/or experience level.

The most obvious and publicized example of this paradox is how we manage our personal data, social media and newsfeeds. There are now abundant examples of how failure to conscientiously and proactively curate one’s digital life can have tremendous personal and even societal repercussions. The benefits of technology’s ability to track, collect, store and disseminate information across an infinitely connected world became immediately visible, the risks, they were less obvious. It is only recently that we began to understand the potential impact to our reputation, identity, finances, safety and overall security posed by a carless post, misuse and hackers. We thought technology would make us feel more secure – It didn’t.

This paradox revealed itself in other more subtle ways as we accepted technology’s promise of convenience without considering its toll. For example, technical innovation promised it would allow us to work from anywhere, instead many now work from everywhere. Digital social promised to connect people across the globe, but now is often a barrier to connecting with the people across the table. These often invisible but very personal choices impact how we engage with the world around us and have a material impact on our mental and physical health, not to mention the impact on our families and personal relationships. We hoped technology would make relationship easier – It didn’t.

This shift toward increased personal responsibility will expand and accelerate in tandem with technical progress. And it will do so in predictable but equally subtle ways. For example, one of the major deterrents to having one-to-many drinks while out with friends is the risk of a DUI, or worse, getting into an accident and hurting someone. How will our drinking habits change if automated vehicles ensure a safe and violation-free ride home? Will alcoholism rates increase? Or, on a societal level, how might our attitude toward war change if we advance technically to a point where we no longer have to risk our lives or the lives of our children? Will we become more aggressive?

We often speak of technology as if it is an independent force over which we have no control. We praise it for the good things it allows us to do and we curse it for the disruptions in our day, and at times, for taking our jobs. It is easy to forget that technology is, at least to this point, inanimate and therefore indifferent to its use or impact. The technical experience we are having is in the end the result of our willing participation and firm economic embrace.

We cannot get off this bull, but we are learning how to ride. In the decade ahead I think we will begin to recognize that our life experience and broader societal conditions are now closely aligned with our personal choices around the use of technology. We will see our investment of time and money for what they are, votes. With each action a personal endorsement of the lifestyle we want to experience and world we chose to create. We hoped that Siri, Alexa, algorithms, and AI would make the choices easier – they won’t.