Recently, as I disconnected from my third video call of the morning, I reflected on these memories marveling at the pace of change and impact of innovation. In 1998, shortly after the first of the year, I took my first trip to the North Slope Borough School District; America’s northern most school district located on the edge of Alaska deep inside the Arctic Circle. It was the time of year when the sun does not rise, and you do not need a thermometer to remind you its winter in the Arctic. With me were three systems engineers, one each from Intel, Cisco and VideoServer. Our mission, to demonstrate the Intel® TeamStation® and VideoServer’s bridging technology: I was told it would be the first commercial application of a new technology, IP-based videoconferencing delivered over satellite.

Most people don’t truly realize the enormous size of Alaska, its lack of road system, nor that with a small total population of approximately 700,000, most of the state is wilderness and rural. The remote and vast geography of the North Slope Borough (roughly the size of Michigan), along with the demanding and unpredictable Arctic climate made for the perfect use case. Successful deployment of a scalable videoconference platform in the area would be a huge win, increasing access to critical educational, counseling and health resources resulting in improved student outcomes; all while cutting costs. 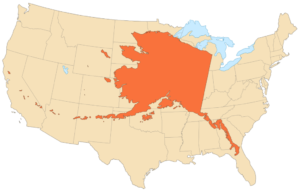 The demonstration was successful and proved the value of videoconferencing over satellite-connected networks. It also reinforced the need. The team of three that traveled to the Meade River School in the village of Atqasuk in order to be at the far-end for the test, and, true to Alaska form, ended-up getting weathered-in. Unexpectedly, they would wait 3 days for a flight to return them from what was intended to be a half-day trip.

The value and potential of what we had accomplished was immediately evident to everyone on the team. We knew IP video solutions would change the future of education in Alaska and beyond. We dreamed aloud of the power and possibilities offered by connecting classrooms across the state and knew that eventually they would connect around the globe; a connection that would be life changing.

I would soon come to learn a valuable lesson: Change, no matter how positive, is often constrained by the comfort of the status quo until a shift in conditions demand we adapt, thus allowing its potential to be realized. It took little effort to imagine the value and possibilities of what we had demonstrated. In a part of the world that uses small planes like Venice uses boats, but without the favorable weather conditions, video connectivity would literally be a life saver. From education (remote learning) to healthcare (telemedicine) the potential benefits were as large as the state of Alaska itself.

At the time, what we could not imagine were the obstacles that lay between the potential envisioned and the reality of its achievement. We were naïve to the fact, that for many companies, protecting the status quo (avoiding risk) and existing investments (maximizing ROI) is more predictable and profitable than embracing change, at least in the short term. This mindset is not new. It sounds absurd in modern times, but to protect his business, Standard Oil; John Rockefeller attempted to thwart the development of the day’s most promising technology, electricity.

Counterintuitively, Alaska’s major telecommunication providers would prove to be an obstacle. At the time they were in heated competition and the cooperation that was required to connect communities across the vast state did not exist. Investment was also a major factor. It would take years and huge federal funding before the necessary connectivity would become available. But it would be wrong to lay the delay solely at feet of business and economics.

Equally responsible for the delayed adoption of video solutions is the individual’s resistance to change; failure to adapt. This resistance varied from being self-consciousness in front of a camera to insecurity about use and function. Trust was also a factor. For example, the introduction of a videoconference camera into classrooms and conference rooms soon spawned another invention: Hat-Cam. This handy device was created by nervous and uncomfortable users draping a baseball hat over the camera to block its view. Many employee unions opposed the deployment of technology as well, fearing the new technology could be used to unfairly monitor staff. The examples of resistance turned out to be as endless as the possibilities. It soon became apparent that we were not waiting on technology, it was waiting on us.

Throughout the past 20+ years my company has deployed countless videoconference solutions in environments ranging from classrooms to boardrooms, and from oil rigs to secure military briefing rooms. But as successful as these projects were, the transformative impact we envisioned all those years ago remained elusive. Video communication continued to be a specialty application, modifying meetings when remote participation was required rather than augmenting daily communication. Transformation requires a change in conditions.

Not much changed, until everything did. The pandemic of 2020 changed the conditions by which we live and work virtually overnight. The status quo, the traditional means by which we educate, conduct business and socialize, was not only disrupted, but also deemed unhealthy and potentially deadly – change was no longer optional, and the breakthrough moment had arrived. It seemed within an instant the world was connecting over video and that Zoom fatigue was the new technical complaint of the day.

Sir Isaac Newton’s Third Law states: Every action creates an equal and opposite reaction. It appears this law applies to human behavior as well. For ultimately, it was our fear of contagion and provided the catalyst that allowed us to overcome our fear of adaptation.

It has been almost a quarter-century since that demonstration on the Northern most edge of Alaska and the potential we envisioned at the time is just now being realized. At the time, we could not comprehend how closely technical advancement and humankind’s willingness/ability to adapt would be so intertwined. It turns out the potential offered via increased technical capabilities requires corresponding behavioral and societal change. The adoption of technical advancement is not driven by its capabilities, but by its perceived value. This interdependence acting like a governor that limits and regulates the pace of change. And I suppose this is a good thing. If not, can you imagine how much change I will have seen in my lifetime?