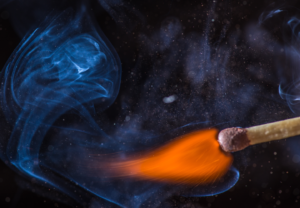 Innovation is change that contains within it the promise of something better. It’s sexy. Its potential elicits excitement in anticipation that it will, in some way, make life easier by relieving us of one or more of life’s burdensome tasks or responsibilities. This is because we tend to think of innovation as an event occurring at a single point in time, an idea, or invention, rather than thinking of it for what it is: A behavior. It is the commencement of change.

Innovation initiates a process of transformation that may take generations for societies and cultures to fully comprehend and integrate. It is also accompanied by an enormous responsibility. Innovation demands we learn, adapt and evolve.

We are living in one of the most innovative times in human history. However, for many, the initial exuberance and promise envisioned at the turn of the millennium has given way to confusion, frustration, and even resentment and anger. This escalating disappointment is understandable as accelerating innovation cycles are driving an unrelenting need to learn and adapt – It can be both frightening and exhausting! Unfortunately, the reality is that massive innovation is always accompanied by an equally immense and unforgiving learning curve.

Think of fire. The ability to purposefully generate a flame is arguably humankind’s first and most important innovation. Yet, we don’t pay much attention to it these days, that is unless we are inconvenienced by its unexpected absence, or it gets out of control. However, there was a time when the ability to create a fire on-demand altered the trajectory of human evolution. The capacity to make fire launched cascading change that, over time, impacted everything from our sense of security in the dark of night, to how we prepared our food and nourished our bodies. It even expanded the type of climates we could inhabit. However, while we were learning all of this, you can bet on one thing: We burned a lot of shit down!

The Internet is the metaphorical flame of our day. Like fire, its potential is as vast as it is indifferent; it is merely a tool. It does not care if its power is used for the common good to advance peace and understanding to improve the human experience. Or, if through our ignorance and thoughtless acts, we burn all that we value to the ground.

The advent of the Internet has delivered the greatest potential to alter our world since the splitting of the atom that launched the nuclear age. At the time, and fortunately for humanity, the downside of our newfound nuclear capabilities was abundantly clear, and the concept of mutually assured destruction is easy to understand. We also benefited from the fact that there were very few fingers on the proverbial red button. We learned and adapted quickly and as a result have managed to avoid catastrophe, at least for now.

Humankind has now created another powerful tool and is once again playing with fire. This time with the convenience of a match in the form of a common keyboard and with an explosive lightspeed reach delivered via an infinitely connected world. This connectedness also has another highly combustible element; it delivers the unfamiliar to our doorstep. We are again at a crossroad at which a tool of our creation will deliver to us the consequences of our actions.

How will we respond?

Ultimately, only time will tell. For time is innovation’s gravity eventually pulling all things new to ground, integrating them into the process we call normal. But no matter the time required or the outcome, we can be assured of the following: The pain and suffering, and/or the benefits and joy we experience, will be the result of our choices and our ability to learn, adapt and evolve. The decisions are ours. We are responsible.